The 2020 iteration of Young Critics, has like most events globally, been deeply affected by the COVID19 pandemic.

Usually, at this time of year, we are all buzzing with Young Critics excitement. Our group would have met for the first time and had a great weekend together in Dublin.  As spring moves towards summer, the group would begin thinking about some of the great shows they could see in their local venues and start to make their critical reviews. None of that will happen this year.

In an effort to share the Young Critics experience with our readers we are running a selection of their initial reviews. 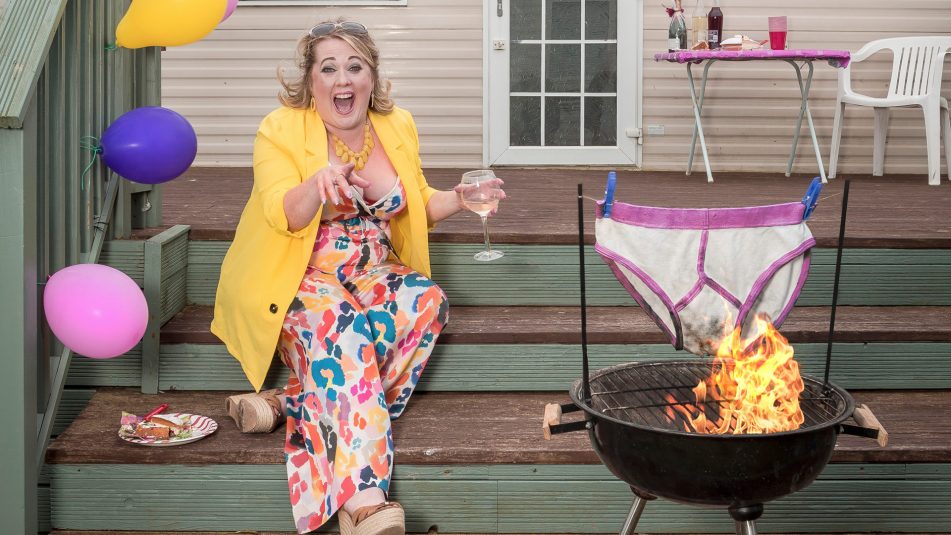 Our next Young Critic is Máiréad Phelan. She is member of Free Radicals Youth Theatre, based at Siamsa Tíre Theatre, Tralee, Co.Kerry.  Here she reviews Rough Magic Theatre Company’s touring production of Much Ado About Nothing.

Towards the end of last year, on the 9th of November 2019, in the Siamsa Tíre Theatre in Tralee, Co. Kerry, I saw Rough Magic’s production of Much Ado About Nothing. It was very well advertised play; with an almost full house on the night I attended, with people of various age groups filling up the seats of the theatre.

At first, I was apprehensive of going. Shakespeare plays, to me, always seemed like drab, dull affairs due to my only experience being that of my Leaving Cert and Junior Cert required Shakespeare play, but Rough Magic blew me away with their incredible performance of Much Ado About Nothing.

Rough Magic took a modern approach to the classic drama-comedy, setting it in a colourful summer caravan park, with the character’s costume and roles updated for the modern era. This was, admittedly, a strange contrast to the Shakespearean English they were using, but I felt it just added to the wonderful, absurd humour that ran throughout the play.

Absurd, loud, colourful, and humorous seemed to be the main components of this play and the talented actors in Rough Magic pulled it off brilliantly. It was a crude and wacky play, with the introduction of outfits for the male actors and a hilarious dream sequence in which a character, Benedick, looses, his *ahem* Bene-dick. The prop they used, of course, was a sausage.

With a less talented cast, the script may have come across as too corny or in-your-face, but the talented actors in Rough Magic projected well, hit their lines and were wonderful both in the comedic scenes and the scenes that carried a bit more dramatic weight. 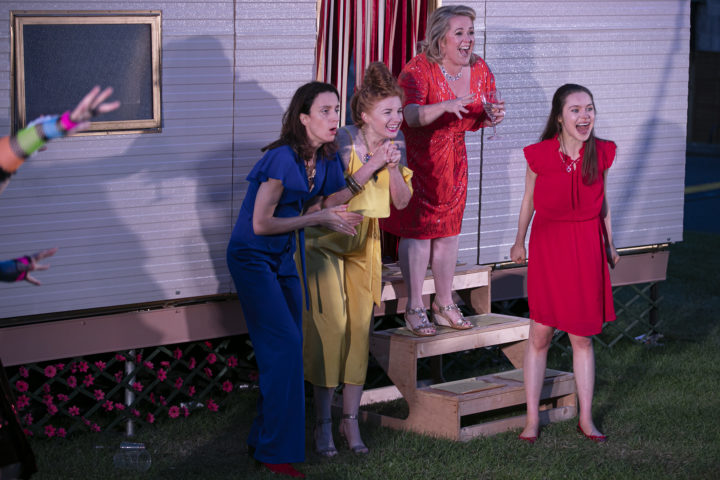 Two characters, who were both a comedic and a dramatic centrepiece, in my opinion, were Beatrice and the aforementioned Benedick. At the beginning of the play, both characters despised each other, but by the end, they were in deep love, though still bickered. The actors made this seem like a natural progression and were one of my favourite plot-threads in the play. It was hilarious and somehow, this entirely comedic play got me incredibly emotionally invested in the relationship and character dynamics.

Máiréad Phelan has been a member of Free Radicals Youth Theatre in Siamsa Tíre for 3 years now. During this time, she has done 6 stage performances and attended several workshops, centred on acting, writing and stage production. She immensely enjoys writing and does so in her (little) spare time. Mairead is looking forward to what she can learn from Young critics and to meet all new people who might share her interests, as well as seeing some hopefully interesting new shows.