In the run up to the Young Critics Panel as part of the Dublin Theatre Festival on Oct 9th, we’ve been publishing a series of written reviews by our Young Critics.

In our final review, Rita Havlin from Donegal Youth Theatre reviews The State Of The Nation by Conor Malone

The State Of The Nation is a political satire questioning Ireland’s progress since the 1916 Rising. The play is set during a poker game in the afterlife, during which four famous figures of Irish politics, Thomas Davies (James Lawne), Jim Larkin (Peter Byrne), Michael Collins (Cillian O’Gairbhí), and Charlie Haughey (Conal Gallen), discuss the changes in the country over the last hundred years and the issues it still faces. I found this to be a very interesting way to frame this debate, literally asking “Is this the Ireland the revolutionaries dreamed of?”

A simple set design helps the audience focus on the content of the play. The action takes place on a raised white platform around a large table; a hat stand and a sideboard with decanters of whiskey stand at either end of the platform. Dim lighting and smoke set the scene for a classic game of poker, while a green backlight gives a supernal feel. This worked extremely well in balancing the realistic with the non-naturalistic. 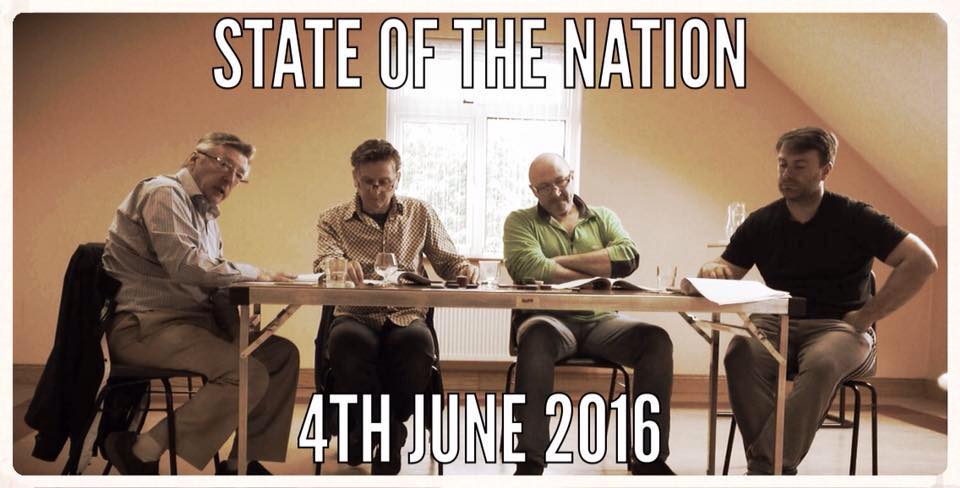 The actors did a superb job in balancing the speech and mannerisms of different points in history, making no word or action feel out of place while also managing to maintain realistic and strongly recognizable characters. Their only downfall, which was perhaps a fault of the play itself, was a lack of movement, as the actors only left the table to refill their whiskey.

Indeed the writing is where The State of the Nation falls short. The play is meant to be comedic, and while no lines fall completely flat and some earn a hearty laugh from the audience, many jokes are overused or too similar to previous ones, and quickly lose their punch. The play touches on many important issues such as government salaries and corruption, the introduction of water charges, and the cost of education, but brought up in such a short space of time each issue begins to sound the same and each discussion seems half-baked. There is no suggested solution for any issue, and so no debate feels complete before the play moves on to a new topic. 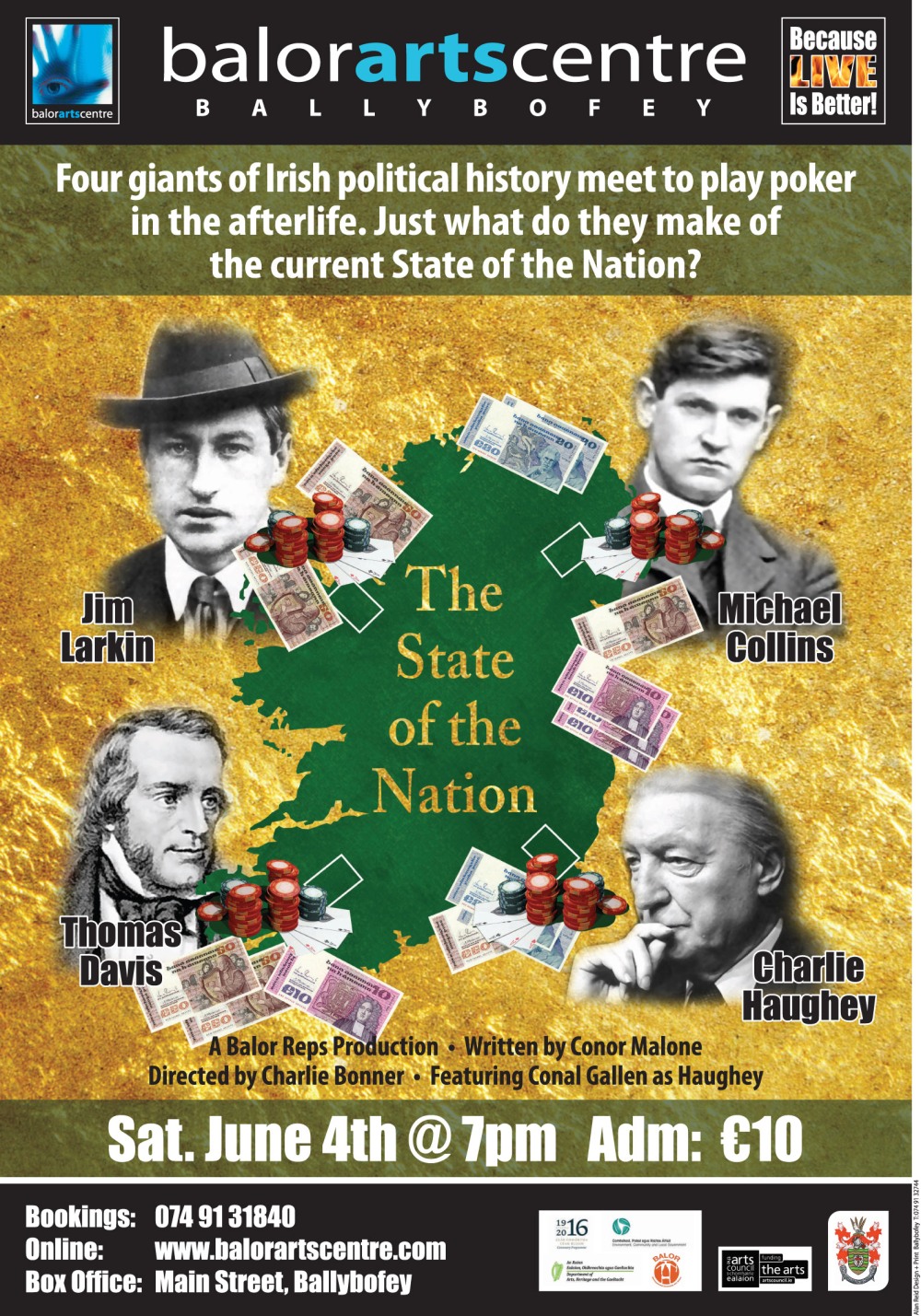 Staged as part of the Donegal County Council’s 1916 Commemoration, the play aims to celebrate Ireland as the country grows and develops, which it does to a degree, but it felt a little too critical of the nation to do this fully. The play fails to address the rich culture and art that Ireland has to offer, or the ways in which Ireland has progressed farther than many countries, focusing instead on the country’s political failings. However I must compliment the cast and crew as this production, despite its weaknesses, left me feeling satisfied, appropriately patriotic, and chuckling as I left the theatre.

Come join Rita and all our Young Critics on October 9th at 1pm at Project Arts Centre.

They will be critiquing three productions as part of Dublin Theatre Festival 2016.

Following our call out for applications at the end of January, we are delighted to announce that  the Young Critics have been selected for 2015. We received a huge amount of applications for the 16 places from across the country and we were able to offer places to a broad selection of youth theatres nationwide.

The first weekend of Young Critics will be happening from April 10-12 and promises to be an action packed weekend of shows, workshops, discussions and fun.

The two productions we will be going to see are:

Pals – The Irish at Gallipoli by ANU productions, at the National Museum of Ireland, Collins Barracks. Directed by Louise Lowe.

Romeo and Juliet by William Shakespeare, at the Gate Theatre. Directed by Wayne Jordan.

Under the watchful eye of Dr. Karen Fricker and NAYD’s Alan King, the Young Critics will be guided through the elements of theatre and the art of criticism.

We will be keeping you posted about this year’s Young Critics as it happens.