During the Dublin Theatre Festival, the Young Critics  paid a visit to the New Theatre to see a performance of Class by David Horan and Iseult Golden.

Class will be returning to the Peacock Stage in January and Molly Foley from Activate Youth Theatre has this review from its October showing.

This new play, written and directed by Iseult Golden and David Horan is in many ways quite simple. The set is realistic and the plot is a straightforward narrative, with only three actors playing the five characters established in the piece. Despite this, Class is one of the most engaging, enjoyable and thematically-rich plays I’ve seen in a long time.

The story is that of two working-class parents, Brian (Stephen Jones) and Donna (Sarah Morris), who are called in to their son, Jayden’s school to talk with his middle-class teacher, Ray McCafferty (Will O’Connell). The parent-teacher meeting that unfolds is broken up with scenes of Mr. McCafferty’s interactions with Jayden and another student in his class during which Jones and Morris seamlessly take on the roles of the two children. These relationships develop and change as these characters deal with internal resentments and face a variety of issues that arise through the play.

The play manages do deal with issues of social class and notions of status subtly without hammering in an established opinion or belief. Instead, it is a perfect example of ‘show don’t tell’, starting a conversation through real, flawed and relatable characters, each with valid motivations, opinions and outlooks. It does not paint characters as ‘good or ‘bad’ and doesn’t depict anyone as in the right or the wrong. Those decisions are left in the hands of the audience and I believe that by the end of the 75 minutes, most viewers will have had at least one moment of sympathy and/or identification with each character in the play.

Class feels like a very down to earth play that knows what it is setting out to do and does it well without any self-importance. Although the plot develops in very unexpected and extreme ways, it never feels like it is being dramatic for drama’s sake. 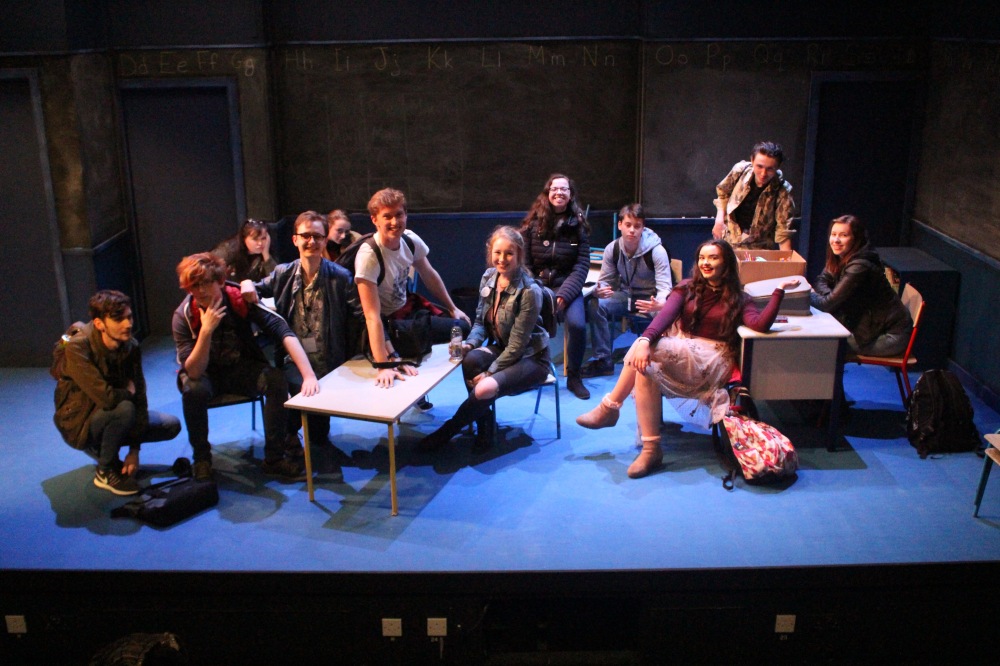 At its heart this show is an exercise in empathy, not asking for audiences to choose or change sides, but just to listen and perhaps to briefly find themselves in the shoes of others.

I would consider this show a must see. With a sharp, well written script and stunning performances, this show is as hilarious as it is heartbreaking. Five stars. 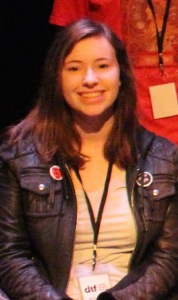 Class returns to the Abbey Theatre for a limited run from January 24th 2018.

As  2017 comes to an end we’re taking the opportunity to post some reviews from our Young Critics.

In total the Young Critics saw 15 shows this year. These include the six they saw in Dublin as part of Young Critics as well shows in the Abbey Theatre, their local venues, The Edinburgh Fringe and even the West End in London.

I went to see the production of Room in the Abbey Theatre with high expectations. The production was first an international best selling novel which won many awards. This was then brought to screen and finally stage. The many awards Emma Donoghue’s writing has won, along with many positive comments from friends and family led me to expect a heartbreaking and moving production that will bring me to tears. I was not disappointed.

Room tells the story of ‘Ma’ (Witney White), a young woman who was abducted at 19, she was held in a shed made into an all-purpose room, where she was beaten, raped and impregnated and her 5 year old son Jack (Darmani Eboji). The production begins with a light atmosphere as Ma and Jack go about their daily routines. It seems that everything is perfectly fine and there is no mention of ‘Old Nick’, their captor. Once Jack is asleep, we see the distress and frustration of Ma. The light atmosphere changes dramatically to a much darker, somber mood as Old Nick (Liam McKenna) steps into the room. The mood becomes increasingly darker and tense as the first half progresses and Ma is becomes more desperate to escape the room. The building tension climaxes in an incredibly powerful song sung by Ma. It left me clinging on to the edge of my seat, completely blown away and consumed by the performance and production. I did not want it to stop for the interval!

One thing that I was sceptical about was the musical aspect of the production. I was not sure how they would turn such a tragic story into a musical as there have been productions where the added musical interpretation has taken away from the powerful tale. However, I was happily surprised by the incredible music that most certainly added to the overall production. The moving and breathtaking ballads by Ma allowed us an insight into her thoughts and emotions, as the story is told from Jack’s perspective. I must admit that it was the musical talents of Witney White (Ma), Fela Lufadeju (Big Jack), Cora Bissett and Kathryn Joseph (Composers) that brought me to tears and left me talking about the production days after. 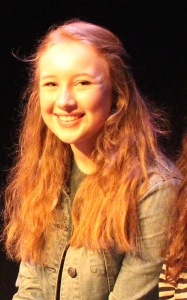 The clever device of splitting the part of Jack into ‘Little Jack’ and ‘Big Jack’ was a great success. The use of a child actor allowed us to witness the innocence of a child along with accurately representing the intimate and protective relationship of a mother and child, while the older actor allowed us to see how imaginative, colourful, curious and questioning Jack is. This was a brilliant way to solve the problem of a child actor carrying the responsibility of such a big part. This Abbey Theatre and Theatre Royal Stratford East co-production was a great success and received a well deserved standing ovation. ‘Room’ deals with themes such as abduction, rape and depression in a powerful way, leaving the audience speechless and thinking of the production for days after. 5 stars.

Lara Coady is a member of Explore Youth Theatre, Leixlip Co.Kildare. She was a Youth Theatre Ireland Young Critic for 2017.

Meanwhile Cian McGrath from Free Radicals Youth Theatre in Tralee has this to say on Room.

Room is, at its heart, a play about love; more specifically, the love between a mother and her son. In Room these two characters are forced to endure their existence in a single room, with no contact from the outside world. One would think that this would allow for a great amount of empathy and emotional connection. But this play can only grasp for such emotion through contrived, over-sentimentalised scenes, whose only feeling it can evoke in this viewer is boredom and annoyance.

Room begins with our narrator, Big Jack (Fela Lufadeju) who narrates the daily process behind life in what is simply known as ‘Room’. This is when our two principal characters are introduced; Ma (Whitney White) and Little Jack (Harrison Wilding). This mother and son duo go about their daily routine in the most over-enthusiastic method possible; which should serve as a hint for the forced emotion the play tries to pry out of its audience as it progresses. Their rudimentary schedule is played out with such happiness that one would expect both characters to break out in song at any moment; fortunately, this is not the case. 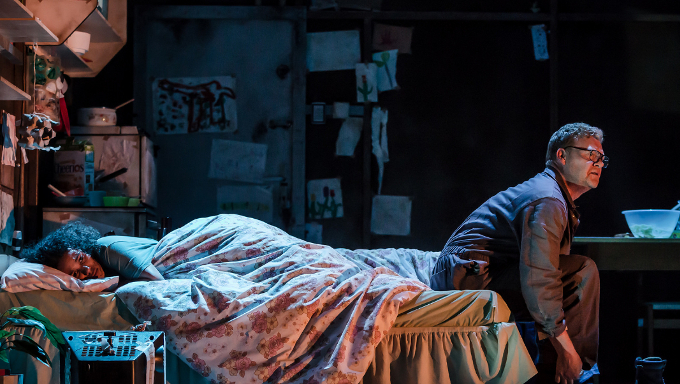 Not much information is revealed about our characters’ situation, but as the play progresses we realise that Ma was kidnapped years ago, and that inside Room she gave birth to Jack, her five-year old son. Her kidnapper, known only as Old Nick, is Jack’s biological father. And yet at no point are any of the real emotions behind captivity revealed; both mother and son simply go about their day with larger than life enthusiasm, except when they engage in shouting matches with one another. Little Jack’s thoughts are occasionally conveyed by Big Jack, but this is just another diversion; as the play progresses Big Jack’s role diminishes significantly.

This is essentially the major flaw of Room; its need for emotional intensity means that as the play progresses each scene invariably ends with someone shouting out in anger or hurt. In no scene are there ever any moments of quiet reflection; through mere dialogue the play becomes a bombardment of sound, and an assault on the viewer. At no point does this drama offer us a moment of silence, which could at least punctuate the passionate intensity of emotion displayed in other scenes. Room can’t seem to function without scenes in which characters bring themselves to the highest point of their emotional brevity, only for the next scene to begin with the same normal, regular emotion only to catapult into another barrage of furious shouting in an endless, tiring pattern. 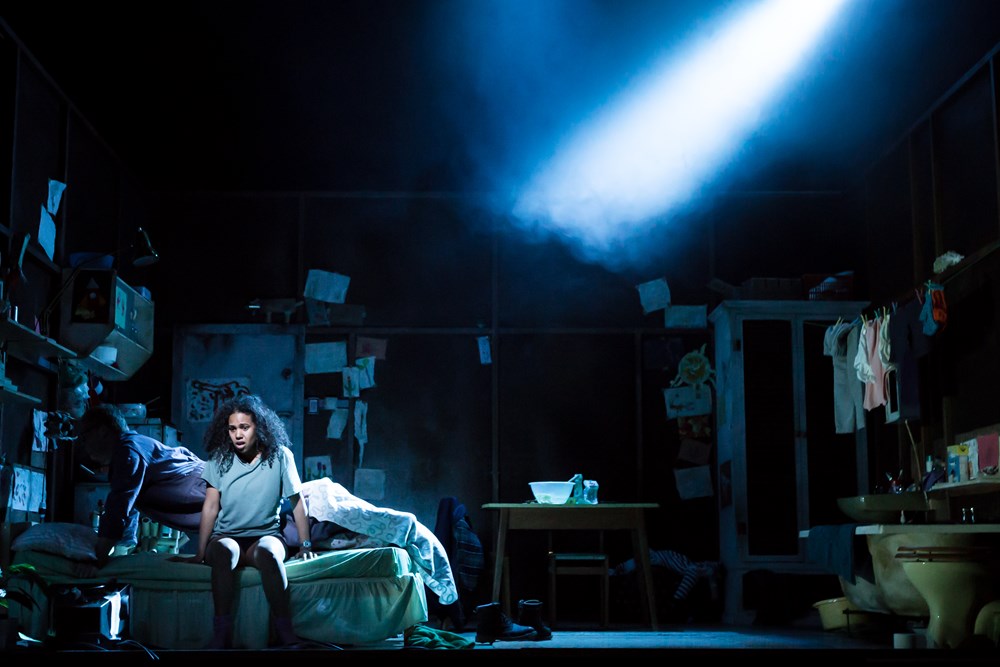 Onstage there is a large box which represents Room, the enclosed space in which Jack and Ma are confined to. And yet it never feels as though they are trapped in a confined space; there is nothing claustrophobic about Room’s set. Instead, it opts for a more unconventional approach; the set serves as something malleable, at one point even revolving. But while these may seem like ingenious techniques, they soon grow tiresome and are little more than gimmicks to make up for the play’s other deficiencies. Its interesting movements may captivate at first, but like the play, they do nothing to enforce the idea of entrapment or claustrophobia. Instead, they feel like little more than a smaller stage built solely for the purpose of flashy diversions.

Ultimately Room is a failure, due to its inability to understand the limits of emotion. Its scenes of emotional intensity play out in dizzying fashion, with each one further reinforcing the play’s lack of knowledge about an audience’s capacity for empathy. Room wants to be a rollercoaster of emotions, but ultimately it is a collection of missed notes and woeful script making decisions that only alienate any potential viewer. Witnessing it is like living through Groundhog Day; the reason for it may change, but each scene begins without any sense of what tone will be conveyed throughout, and will ultimately end in another failed attempt at emotional connection. 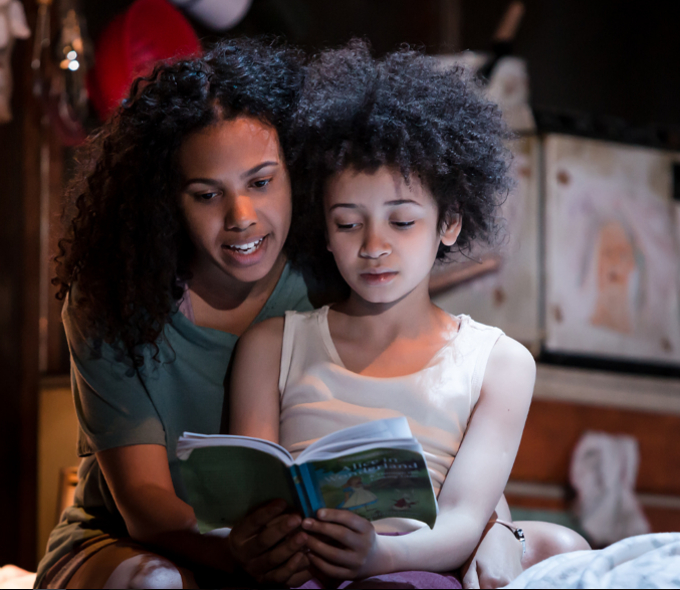 Its deficiencies can be effectively captured in one scene in the play’s first act, in which Jack counts as far as he can to avoid having to hear any noise outside his room. Outside his closet a rape scene occurs between Old Nick and Ma, and it is clear that this is a regular occurrence in their lives. As this is happening the stage revolves, as Jack’s counting is timed with the creaking of the bed outside his closet. 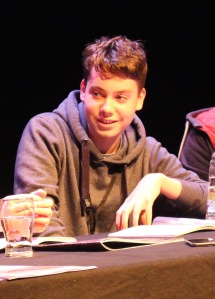 The whole thing becomes a twisted, sordid game and a parody of the emotion it tries to provoke. As the set continues to revolve onstage, the play has veered off wildly, and is far removed from the realm of emotional relatability.

Room is essentially that; a revolving stage with a clear target, but one that can never effectively grasp it. Its diversions can only go so far as to distract the viewer from it’s clear problem in conveying emotion.